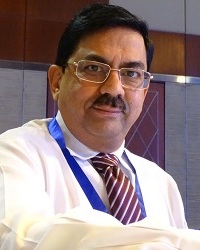 20l5 to 2019 – Secretary (Direct Marketing) at Central Office, Yogakshema, Mumbai – No. 2 Position in the department - Was the aide to the Executive Director in monitoring the department, which is the controlling office for all activities of Direct Marketing across the country. Formulating and implementing Marketing policies, provide facilities to the Salespersons of the Channel and development of Online Marketing in LIC

2013 to 2015 – Chief Executive Officer, LIC HFL Financial Services, Mumbai – No. 1 Position in the Company, Managing the affairs of the subsidiary Company of LIC HFL. HFSL is a Corporate Agent for LIC – Life Insurance, LICHFL – Home Loans and Fixed Deposits, all Mutual Funds, two General Insurance Companies, and Point of presence for NPS-accumulation stage. HFSL operates from around 40 Territories across the country and it sells all above products through field force consisting of Territory managers, Assistant Sales Managers and Sales Executives. During his time, because of the record Sales gave the then highest Dividend to its parent LICHFL.

2010 to 2013 – Regional Manager (Health Insurance), South Central Zone at Hyderabad. In-charge of the Channel for states of Telangana, Andhra Pradesh and Karnataka.  Co-ordinated with Field Force across 17 Divisions for marketing the Health Insurance Policies of the Corporation.

2008 to 2010 – Sr. Divisional Manager, Guwahati Division of LIC.  As SDM of Guwahati the largest Division in the North-East, was in-charge of the Division.  Led a team of 20 branches and 11 satellites offices, 14,000 Agents, 300 Development Officers and more than 1000 Employees.  During the period Guwahati excelled in the area of Bank assurance and Micro Insurance occupying top 20 position in the country. !0 satellite Offices were set up during my tenure.

2005 to 2008 – Marketing Manager – LIC, Mumbai Division II – N0. 2 position in the Division.  In-charge of marketing for 20 Branches & all servicing aspects of the Division was Chief Manager at CB-IV Secunderabad one of the largest Branches in SCZ ensured that the Branch brought its highest FP that year.

2000-2005- Manager (EDP), London. Was responsible for the operations and maintenance of all IT systems and later on all the administrative activities in the overseas Branch catering to Indian expatriates in UK. Ensured smooth handover when LIC opted for handing over Admn. to Third party Administrator. Converted the entire data of the Branch and the info Tech process to the new Team. Was also the Chief Compliance Officer for the LIC unit at London followed by a stint at Hyderabad as Manager (Info Tech), Hyderabad Division.

1988- 2000: After joining at Vasco-da-Gama as AAO in 1988, worked for 3 years in Goa, moving to Programmer Grade –I in 1989, followed by 1 year as Computer Operating Officer at EDP, Bombay. 1992-96 was System Analyst and Programmer for 4 years before becoming Manager EDP at Bombay. Responsible for operations and maintenance of Valuation and Jeevan Akshay Pension Portfolios.  Later as AGM (Management Services) at Corporate Office, LICHFL from mid-1998 to end- 2000 was head of the department looking after both software development, operations and maintenance and also Hardware requirements.

EMAIL:  This email address is being protected from spambots. You need JavaScript enabled to view it.